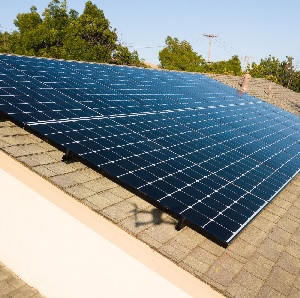 We all know that solar energy is an unlimited renewable energy source that doesn’t produce CO2 emissions or other gases, because it doesn’t consume fuel or require other resources, such as water or wind. This is one aspect that makes it one of the most interesting systems for producing energy from the environmental perspective. But there are other benefits of solar energy that aren’t quite as obvious but are just as important when choosing one system or another. Here are a few:

As we mentioned before, solar energy doesn’t require any outside supply to work, so its maintenance and energy production costs are practically zero. The only cost associated with the use of solar energy is the manufacture and installation of the components. This means that despite the large initial investment, there are no additional costs associated with its use, so the installation is recovered quickly.

Losses during transport and distribution of energy increase with the distance between the production and supply points. Although these losses are not very large, they do affect the performance of the installation in densely-populated areas.

3. Impact on the environment

The production of solar energy doesn’t generate noise pollution, which is an important aspect to take into account for installations in urban areas. It also doesn’t generate any waste because it doesn’t need maintenance and its lifetime is far longer than other energy-production systems. In fact, solar panels are designed to withstand the impact of the environment in extreme weather situations.

4. Improved security of the power grid

This is an important indirect benefit that has a direct impact on the efficiency of the power grid in the case of the common problems of blackouts and voltage dips. The possibility of introducing solar power from thousands or even millions of individual energy-production centers improves the security on the power grid against overloads or fires in transformer substations.

The production of clean energy from the sun significantly reduces costs, because it is an inexhaustible source of energy that isn’t subject to market fluctuations or the effects generated by speculation. As mentioned before, it requires a significant initial investment that is offset by the rapid amortisation of the investment. And most importantly, it is an unlimited and continuous source of energy that doesn’t require any additional maintenance or usage costs.

Nevertheless, the latest technological advances point towards a significant drop in the prices of the components required to manufacture the panels, which will translate into more efficient and affordable solar cells.